Yet he reveals an innate sense of balance and generous form that can be found throughout his already long career. He expresses in his works somewhat provocative carnal sensations which make him a very talented and very noticed young designer.

After his baccalaureate, he decides to live his passion to the full.

A very early professional artist, he has exhibited in art galleries around the world since 1996. 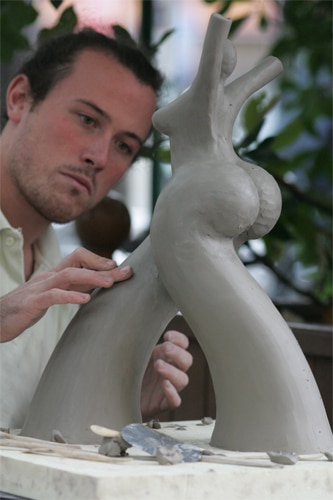 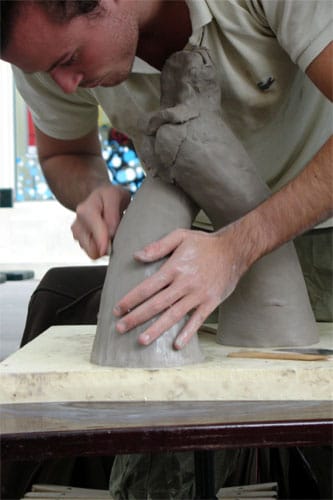 His works have a unique style enhanced with high quality patina.

Originally his clean and ample forms allow him to create without mastering the techniques and easily make his sculptures stable; this “immaturity” will give it a style and ink its artistic signature.

Today it is inseparable from his work.

It only offers numbered original works, always in patinated or painted bronze.